It’s a universal truth that dogs, when paired with a good owner, will forever be loyal. To some, having a dog is even a kind of partnership that is unbreakable. Throughout the ages, many dogs in history have shown such loyalty in the face of danger and hard times.

One of the most well-known stories of dog and owner relationships is of a Japanese Akita dog who is remembered for his remarkable loyalty to his owner for whom he continued to wait for over nine years following his death. Yes, you probably know who this is. If you guessed Hachiko, then you’re correct! 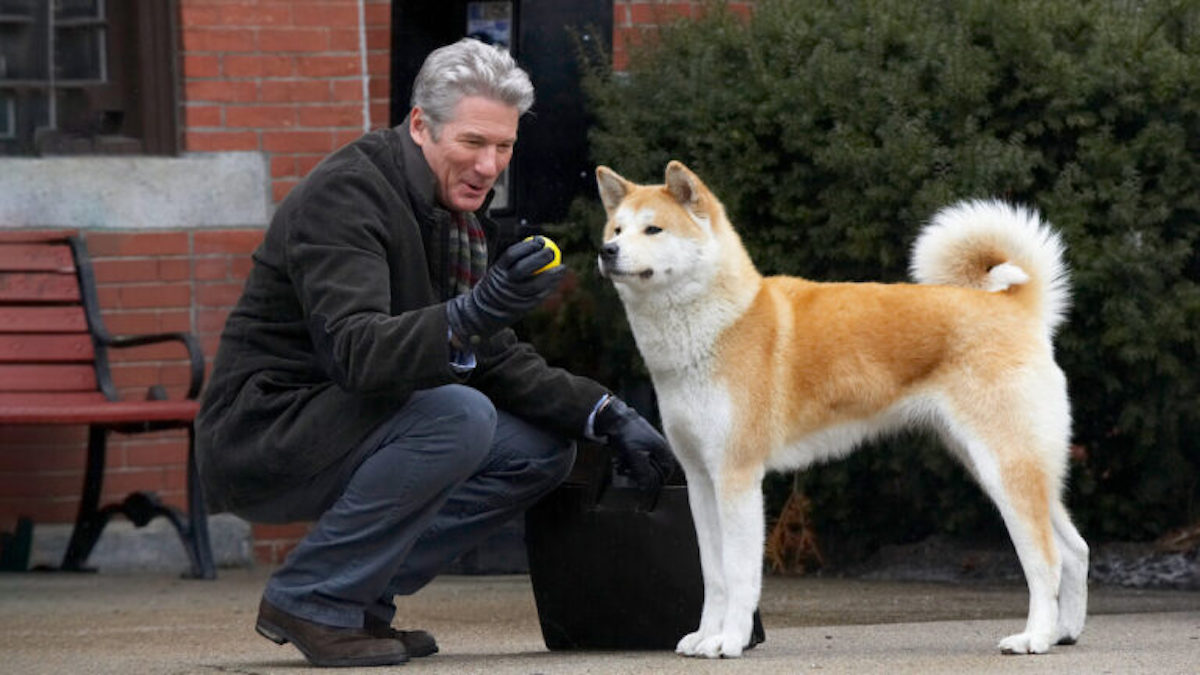 There’s probably not one dog lover that does not know who this loyal dog is. There have been multiple adaptations and retellings of his heart-warming story, from books to cartoons to films and many more. You’ve probably even seen the dog film that featured Richard Gere. But, if you haven’t heard of Hachiko, we’ve got you covered.

Unlike most of the dogs in history, Hachiko wasn’t a stray. In 1923, at a farm near the city of Ōdate, Akita Prefecture, Hachiko was born. A year later, Hidesaburō Ueno, an agricultural professor at the Tokyo Imperial University, adopted him and brought Hachiko to Shibuya to be his new companion. Prior to this, the professor had been looking for an Akita to adopt and it was through one of his students that he found out about this pup; the student encouraged him to adopt Hachiko and they were inseparable since then.

When Hachiko (or Hachi) grew older, he started walking to the station with Ueno when he went to work. The two basically fell into a daily routine: Ueno and Hachiko would walk together to the Shibuya train station, where Ueno would pet Hachiko goodbye before getting on the train to work.

Akitas are known to generally be a bit stubborn and quite intimidating, but underneath all of that is a loyal heart. They’re renowned for unwavering loyalty to their owners, their life’s mission, as it seems, is to protect and be with their owner at all costs. So, it’s no surprise that Hachiko patiently waited for his master every day to step out of the train and walk home from work.

Anyone who knew the two saw how much they cared for each other. Though people that frequented the train station didn’t really pay much attention to the two’s routine, a few people might have, but they were generally just unnoticed. Which is perfectly normal, as humans, we barely pay attention to other people’s routines, unless something major happens that causes us to care — and that’s exactly what happened.

In May of 1925, the professor and Hachiko went to the train station together. As per usual, Hachiko waited there with the full confidence that his master would soon return, but the professor didn’t make his way back to the station. During his class, he suffered from a cerebral hemorrhage and never made it back home. Hachiko remained clueless as to why his master still hasn’t arrived.

Every day, Hachiko went back to that exact same spot waiting and waiting. As a dog, Hachiko never fully understood. He just thought that his master was just away for work, not gone forever. Even when the former gardener of the Ueno family took Hachiko and eventually moved in with him, his routine never stopped. Every day, at his spot in the Shibuya station, he sat there waiting.

For nine (9) years this went on, rain or shine, Hachiko would be there. Eventually, in those nine (9) years, people started to take notice of how he sat there for hours, patiently waiting in vain. Hachiko attracted the attention of other commuters. Many of the people who frequented the Shibuya train station had seen Hachiko and Professor Ueno together each day. Initial reactions from the people, especially from those working at the station, were not necessarily friendly. One of the people who took notice of this was one of Ueno’s students in the university. His name is Hirokichi Saito. He saw the dog at the station and followed him to the home of Ueno’s former gardener, Kozaburo Kobayashi, where he learned the history of Hachiko’s life. The student was studying Akitas at that time, so the meeting with the gardener helped him publish a documented census of Akitas in Japan. His research found only 30 purebred Akitas remaining, at that time, including Hachiko from Shibuya Station. After this, he returned frequently to visit Hachikō, and over the years he published several articles about the dog’s remarkable loyalty.

It wasn’t until 1932 when Hachiko was placed in the national spotlight. The story of the loyal dog that never wavered captured the hearts of people from different parts of Japan. They started to visit him, bringing treats, as well as food and water to aid Hachiko’s waiting at the station. It was all because of the former student’s article that was published in Asahi Shimbun, one of the four largest newspapers in Japan.

Japan being a country that heavily valued loyalty, the people recognized Hachi’s fidelity. This earned him the nickname that people started to give him which was chūken Hachikō or “Faithful dog Hachiko”. He became a national sensation because his faithfulness to his master’s memory impressed the people of Japan as a spirit of family loyalty to which all should strive to achieve. Eventually, he became a national symbol of loyalty.

His lifelong mission of waiting for his master continued on every day until March of 1935. Hachiko, at the age of 11, was found on a street in Shibuya, lifeless. At that time, it was believed that he died peacefully and alone due to natural causes. But, in 2011, scientists finally determined the dog had both terminal cancer and a filarial infection. It was also said that they found four yakitori skewers in Hachiko’s stomach, but the skewers did not damage his stomach nor cause his death.

The whole country mourned the loss of this good companion. This dog might have lost his master, but gained the love of hundreds of people in Japan. In fact, a year before his death, a bronze statue based on his likeness sculpted by Teru Ando was erected at Shibuya Station. That was just the first of many that were erected for him. However, they did have to recycle and melt this as a source of metal for the second World War. A few years later, Takeshi Ando (son of the original artist) made a second statue and it stands at their meeting spot in the station. The station even decided to rename their entrance near this statue to “Hachikō-guchi”, meaning “The Hachikō Entrance/Exit”, and is one of Shibuya Station’s five exits. Also, on the wall of the Shibuya Station, there is a huge beautiful mosaic artwork of Hachiko.

After his death, Hachiko’s remains were cremated and his ashes were buried where they rest beside his beloved master, Professor Ueno. His fur, which was preserved after his death, was stuffed and mounted and is currently on permanent display at the National Science Museum of Japan in Ueno, Tokyo.

This well-loved Akita may have passed on years ago, but his story remains to be told until today. It does seem like people never forget stories of loyalty, especially when it comes to furry friends like dogs.

There are more stories of dogs in history similar to Hachiko’s. But if you want to check out other stories and fun, informational articles, just browse our website.